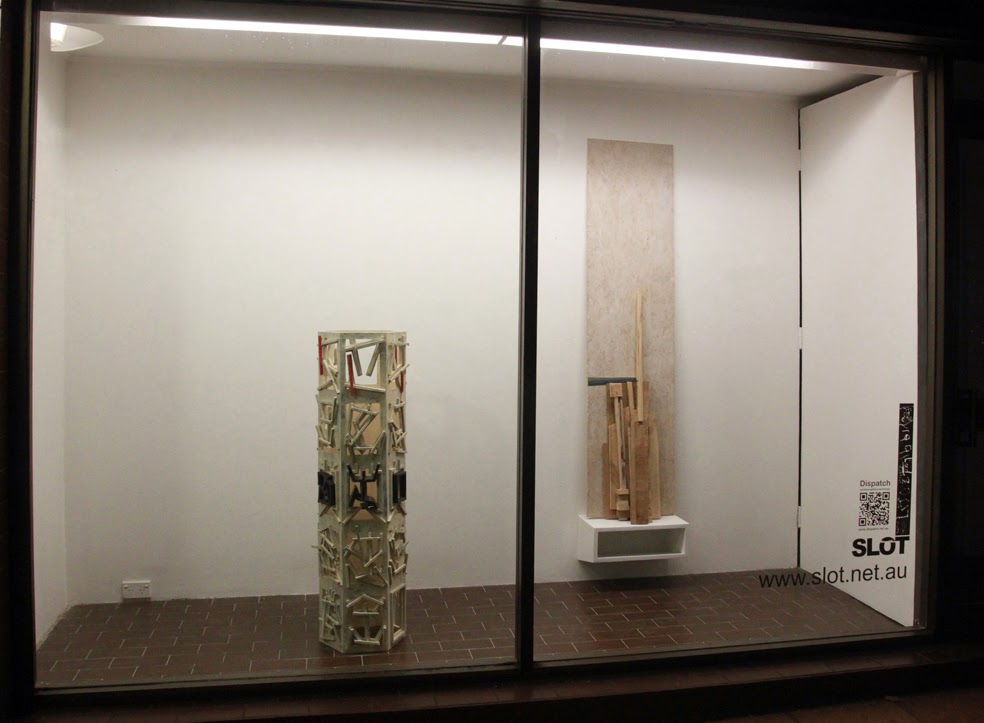 Lately I have been considering randomly generated accidents and actualities in my work - it is the process of inventing meaningfulness. I have been considering this by associating overtly narrative works made many years ago with pieces I am presently making that maintain the casual appearance of their apparently accidental beginnings. 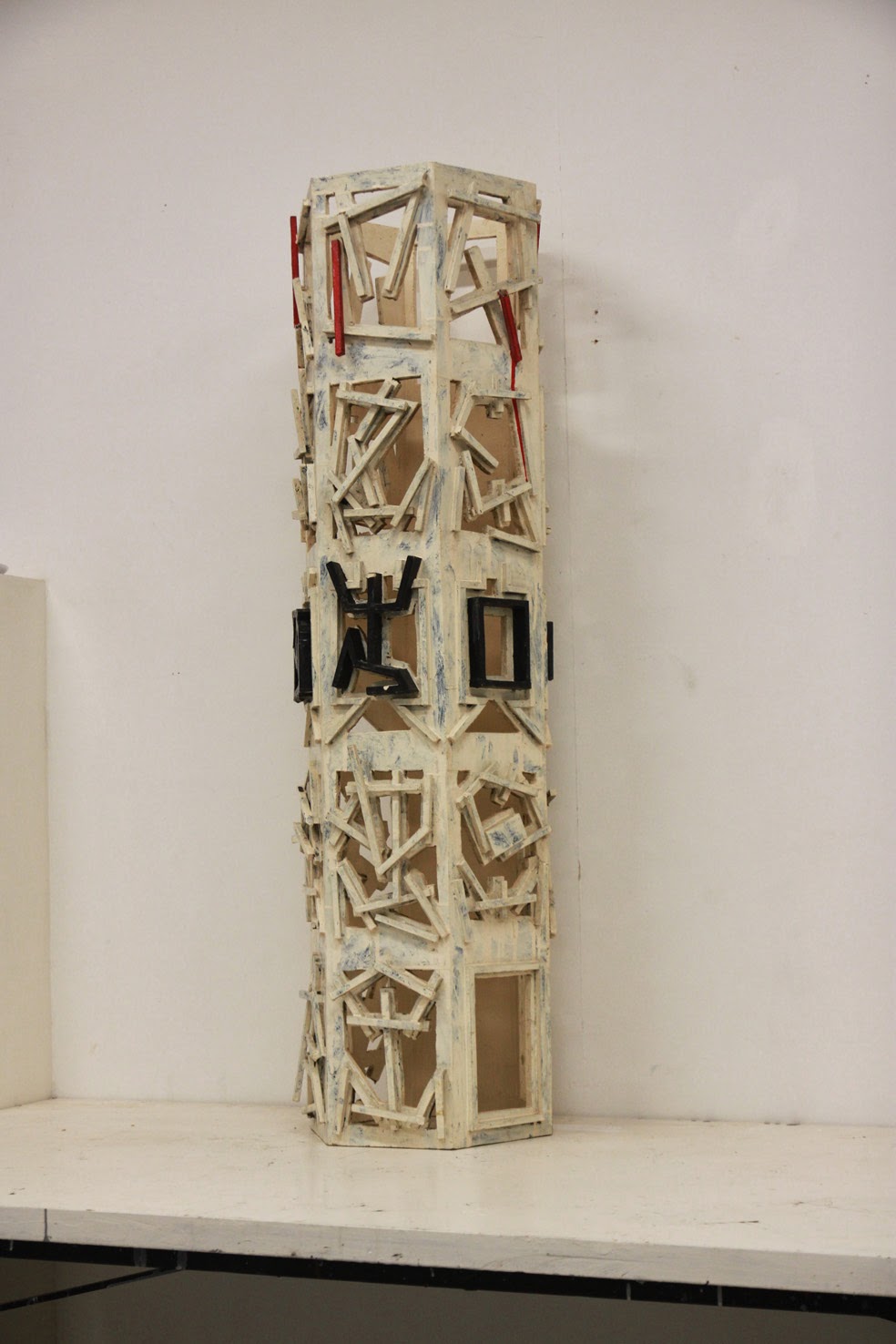 Here a tube made in 1989 inscribed with ideograms that articulate a self-invented creation myth is set against some timber off-cuts collected and stacked a couple of weeks ago in my studio during a periodic clean up.  In my studio the pile of timber seemed to juggle the contradictory ideas of intent and inevitability. I wondered how much of the narrative inherent in my art practice might leach into an activity as unconsidered yet equally uncontrived as stacking timber? Could there be a truth in accidents? 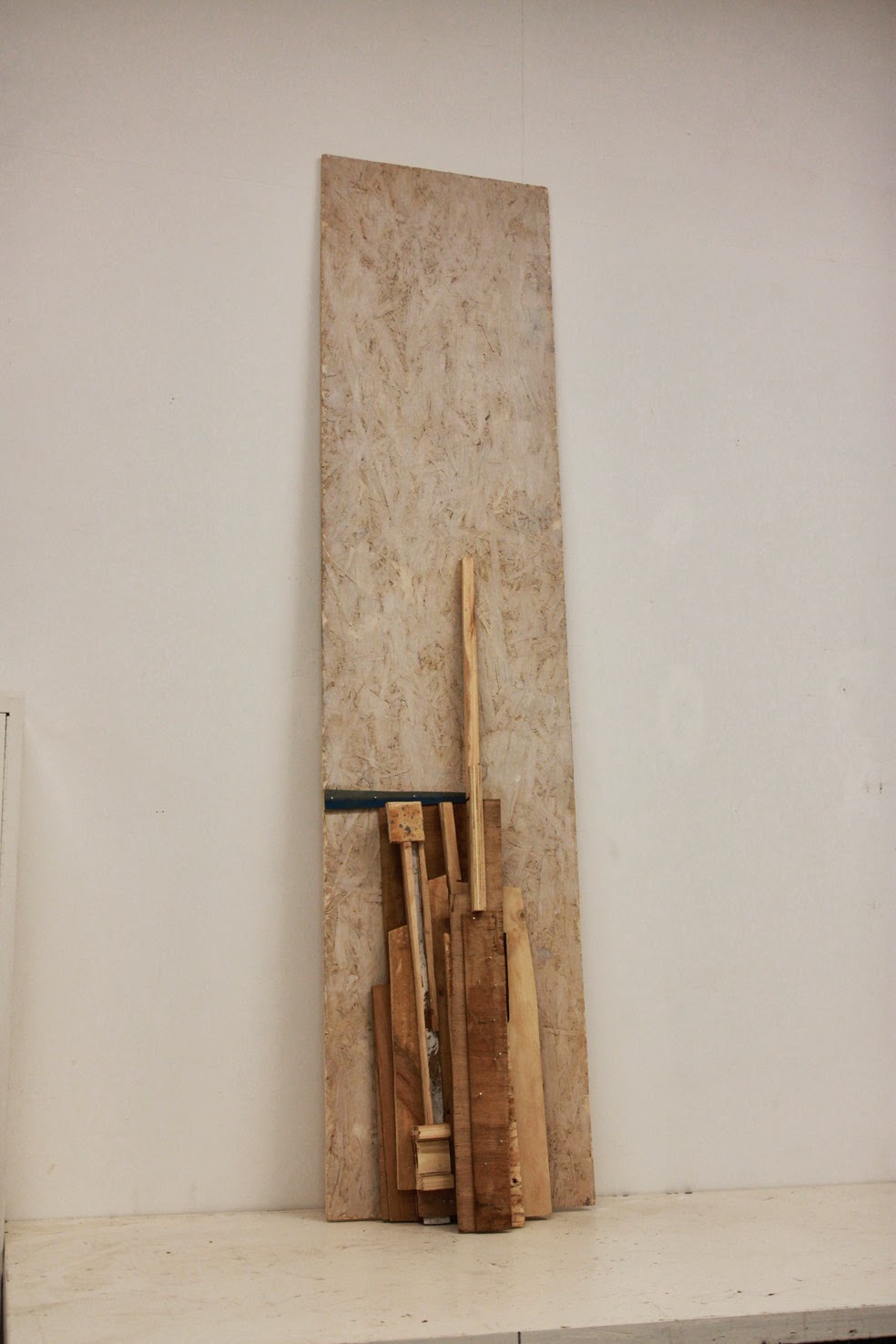 I refer to Robert Hughes' words in Time magazine: "The basic project of art is always to make the world whole and comprehensible, to restore it to us in all its glory and its occasional nastiness, not through argument but through feeling, and then to close the gap between you and everything that is not you, and in this way pass from feeling to meaning." 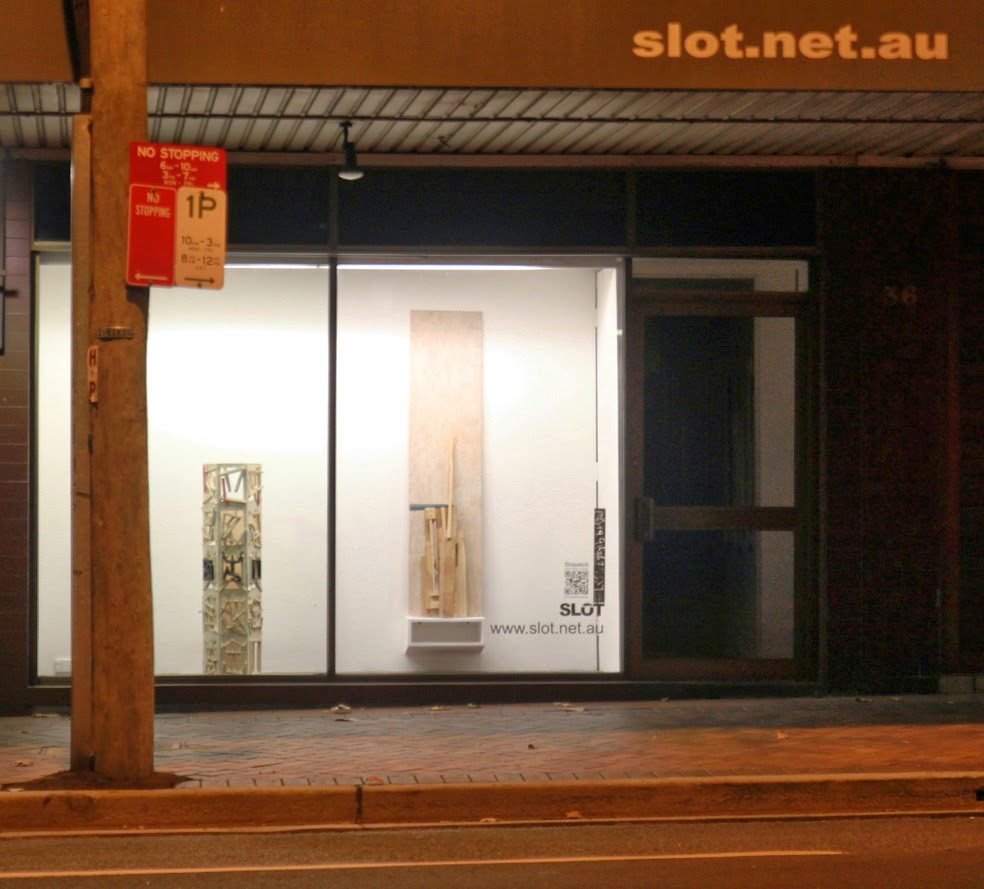