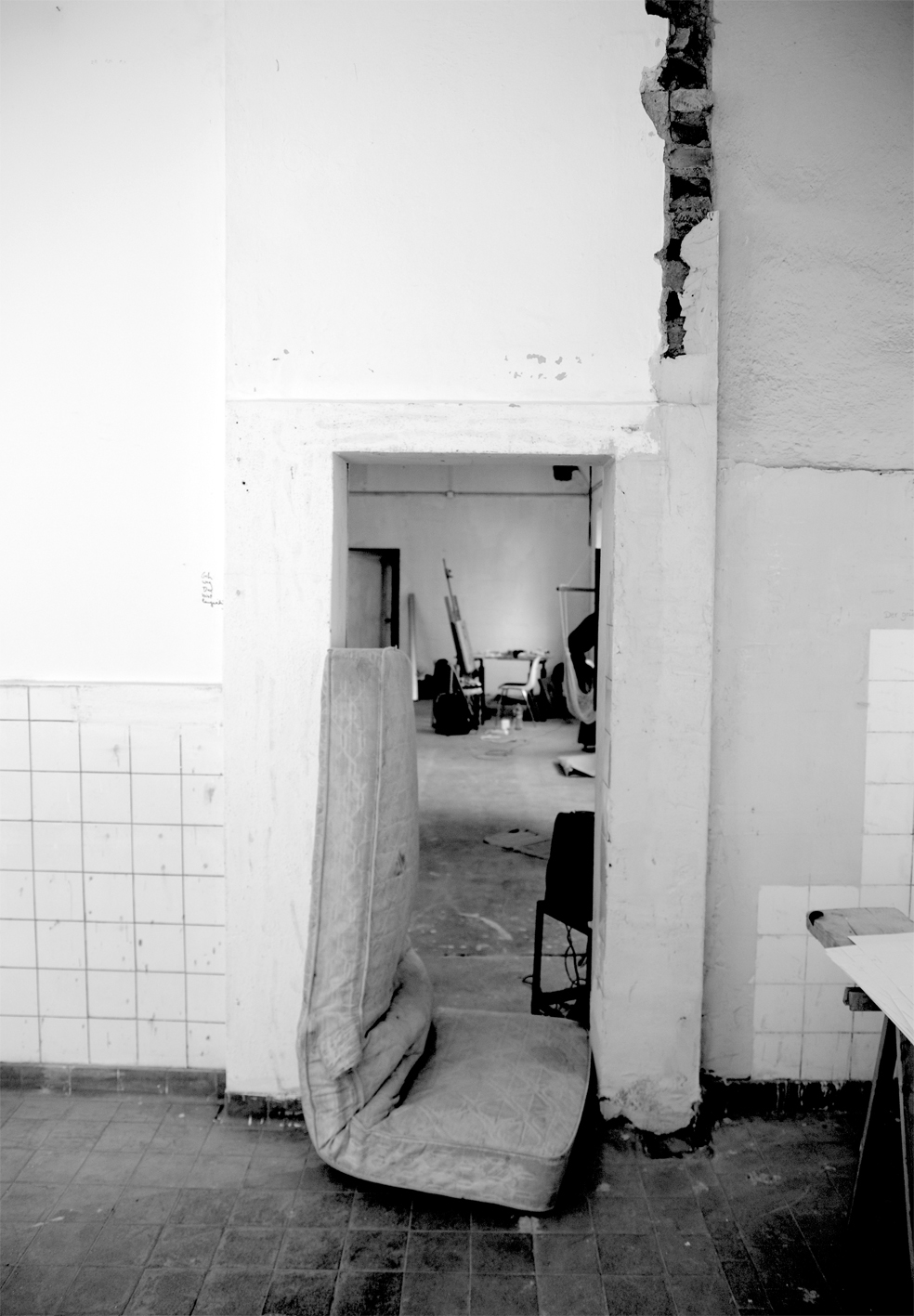 Thinking about what might be shown in SLOT I grappled with the concept of the Window Gallery itself. Focusing on it as space that one encounters from the street - and at the same time being a space that brings the artwork into the public arena whilst still remaining a conventional form of a gallery space (ie. white cube/non-interactive). These original ideas focused on dealing with the very volume of the slot. My first thoughts were to build a construction that did not fit into the space - ideas that were trying to engage the curiosity of passing pedestrians by creating a work that performs within the space itself, and at the same time making it a foreign concealed object.

The idea then moved towards a direct interest in the actual SLOT window space, and was to replicate the volume into plywood. Made to look as though it had ‘turned’ within the confines of SLOT, appearing to have crumpled in on itself. These ideas remained attractive but unrealistic, especially if the installation was going to be shipped from Europe where I am on residency. The challenge was to take this thinking process towards something that could be installed by others via instruction. What developed was a work that challenged the concept of the Window Gallery and arrived at a project that covers the glass with images documenting the artist trying to fit something into a space. This was an attractive move as it would also involve the passing viewer, creating an invitation to remove the posters so as to reveal the scrunched mattress inside SLOT. 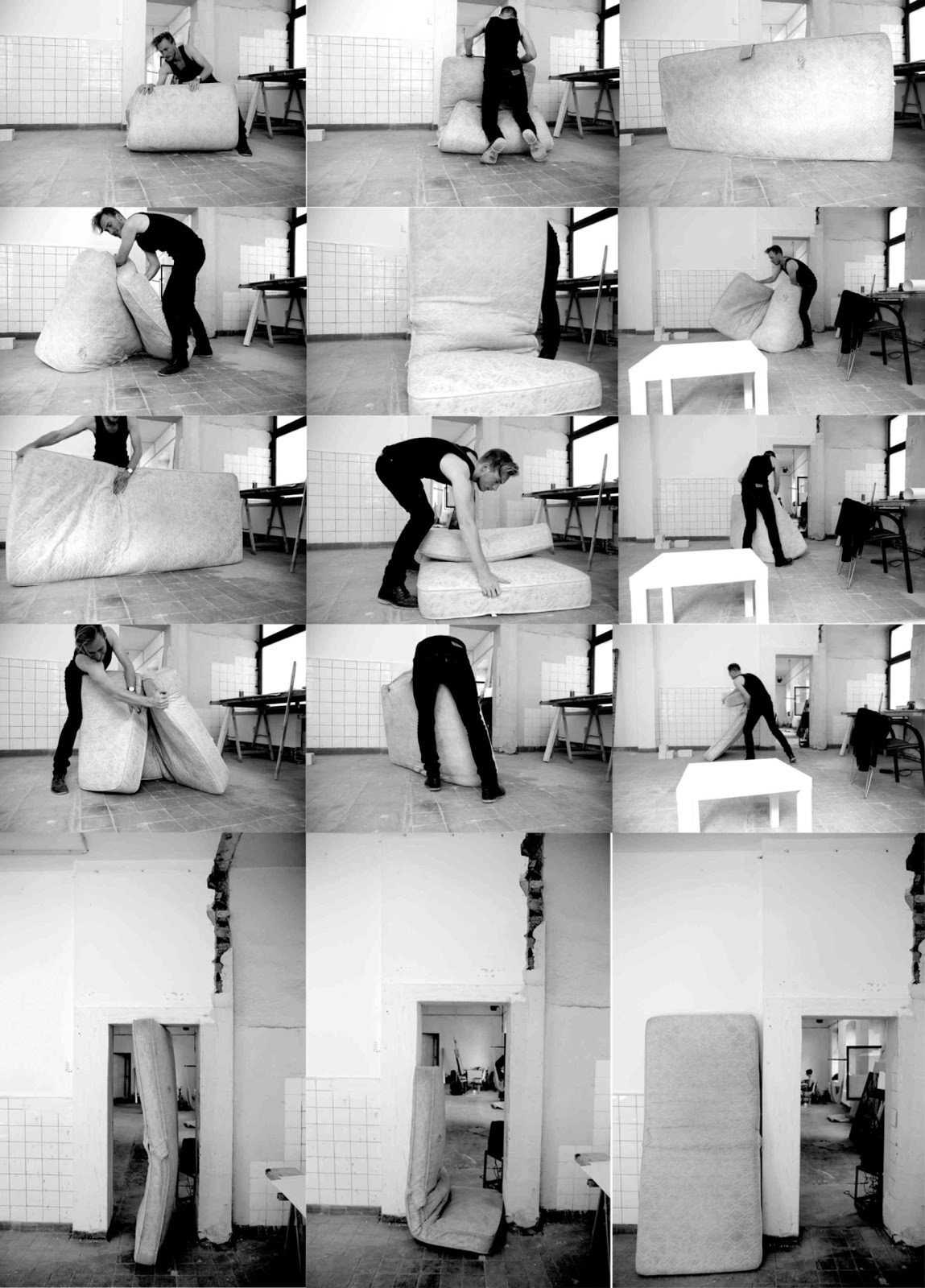 Now the work is as much about interaction as it is about making art at a distance but
also sticks to the original proposal to make an artwork that is present to the urban
character of Redfern as a surrounding environment. 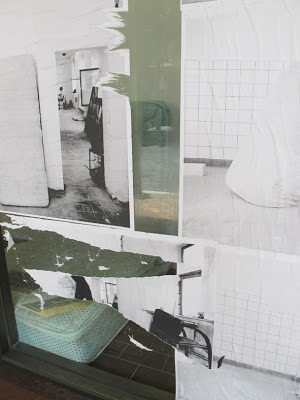 Email ThisBlogThis!Share to TwitterShare to FacebookShare to Pinterest
JUDY BOURKE

This flighty installation uses the plastic sleeves for protecting film negatives, suspended in columns of light, movement and colour. As relics of a generation of photography now super ceded by digital technology, Judy has converted their 'slots' as housing for her drawings and prints - zips that build vertical landscapes. 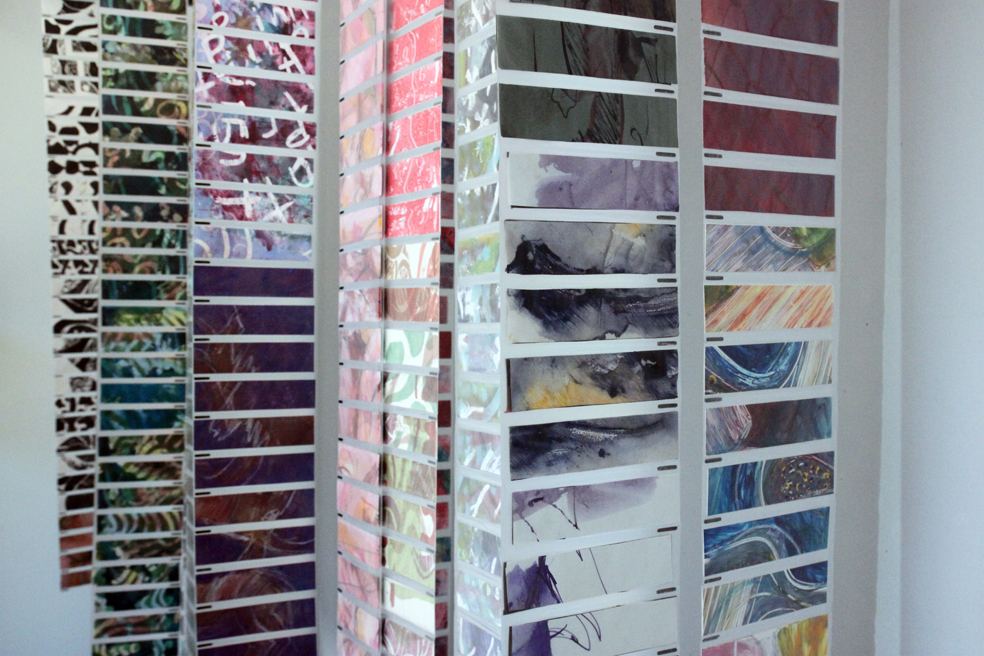 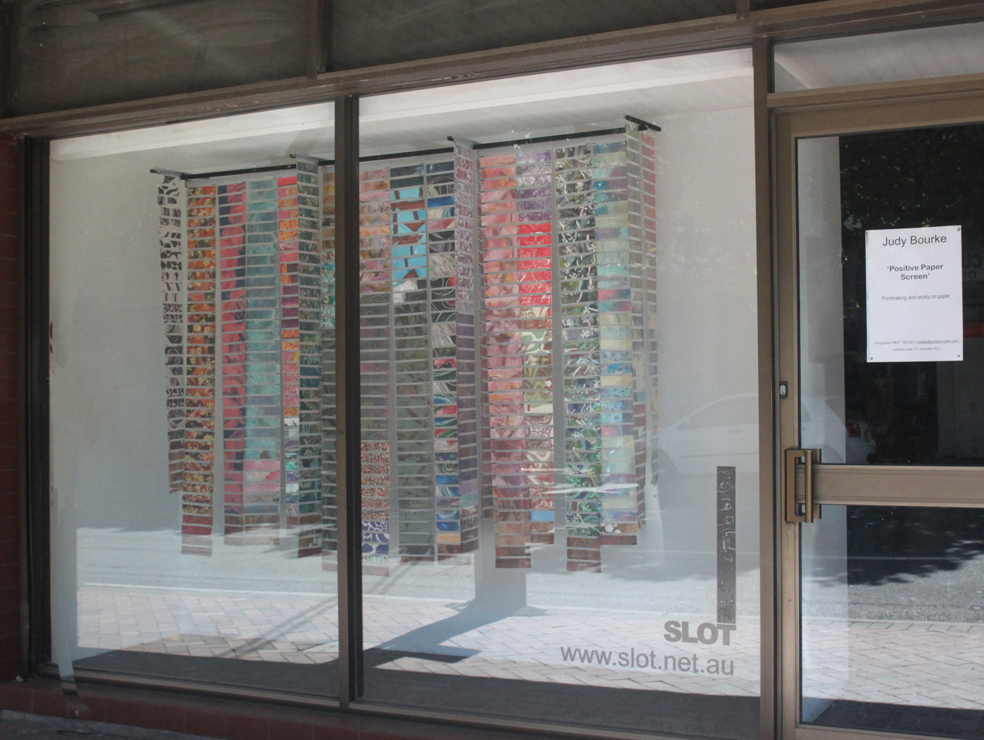