Translated as a room in a boarding house, the kost is popular with students in Indonesia, functioning as a complete living ecosystem: bedroom, living room, eat-in entertainment zone, storage space. When faced with the proposition of making a work for SLOT, Ida and Eko - who met in Yogyakarta in such a kost while studying art art school - realised that SLOT mirrored almost the same floor dimension of the average boarding room. 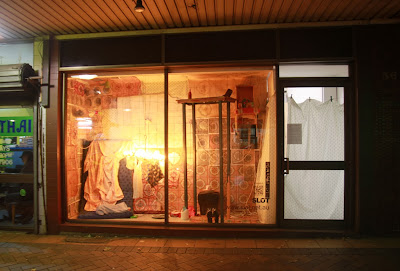 Responding to the site, they have created this urban kost for living; its bower bird-like collection of objects and make-do aesthetics  of furniture reflect both Indonesian kost living and slot's neighbourhood as furniture is often recycled and reloved, and boarding houses jostle with gentrification, blurring objects between places. 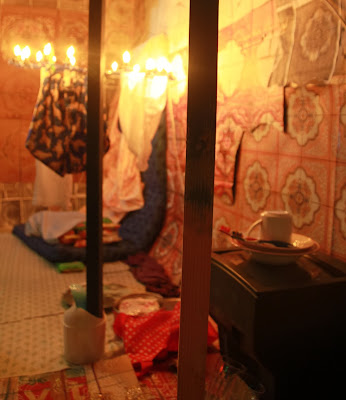 Eko said, ' Working in the window is not so dissimilar to living in a kost where everyone sees and knows everything.' Both artists work in a range of materials and this is their first collaboration in Australia.