At the time SLOT opened in 2003, Tony Twigg was in Manila. Having spoken about the project with artists there, upon leaving the Philippines Hermisanto handed Tony a tightly rolled wad of drawings to carry on the plane. It was the first project that fully realized the ethos of SLOT: to have a conversation with our neighbourhood outside the conventional constraints of freight and the kind of  exchange routes reliant on institutional endorsement.

For our tenth anniversary, Tony has revisited Hermi's piece. 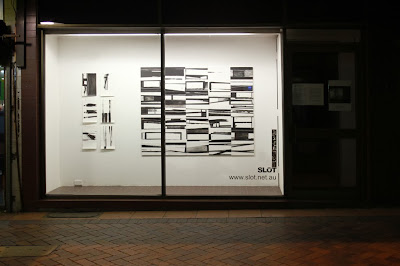 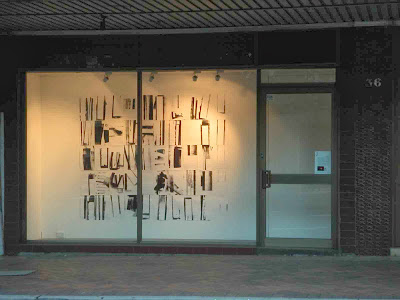 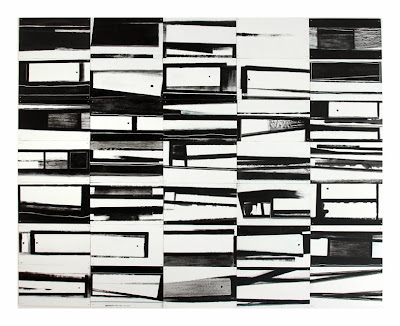 Detail of revisited artwork now on show at SLOT 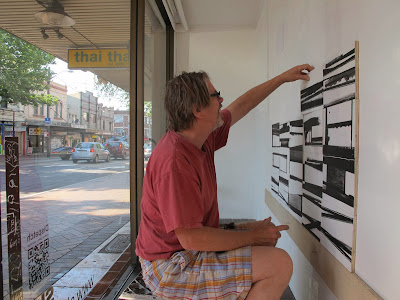 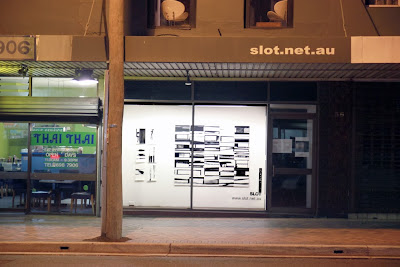 Curated by Alex Bellemore, this exhibition combines photography, sculpture and light. Central to the installation is a collection of eight blow-up travel pillows that Megan has cast in concrete and stacked. Titled: Zachary, Jackson, Levon and Elijah, Joseph, Daniel, Furnish and John (2013) the objects become animated in themselves, and sit in conversation with a small looped video. 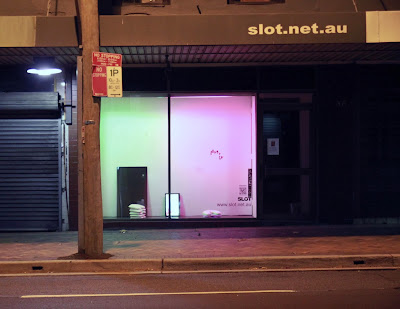 In her installation Megan plays with perspex sheeting, text and rope, the window cast in pink and green light - volume and weight become an enigma. 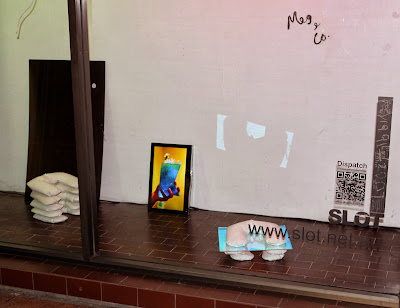