Over the next five weeks Susie Williams will work directly in SLOTs window to create a series of experimental drawings that will effectively take form, and then change over time. 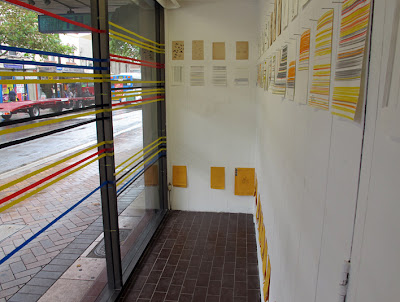 Check out the girls at work in the space as a timelapse on youtube.
Essentially the window will function as an 'open studio' where viewers can track the formation and development of ideas, both on the ground and via QR codes. 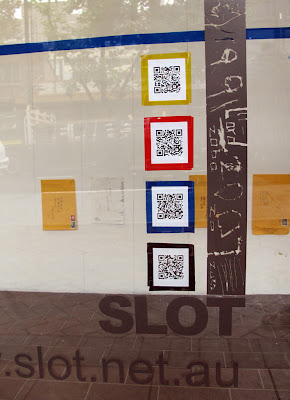 Williams kicks off with her"Artist in Transit" project, a collaboration with former architect Ro Murray and guest collaborators sound artist Warren Armstrong and photographer Peter Morgan. Murray and Williams exchanged drawings during the mail when Murray was on residency at Hill End earlier this year and Williams based in Redfern, each loosely responding to their surrounding sounds through colour and form.

Warren created a sound scape while the girls were installing in SLOT. Have a listen at the following link sounds of silence. 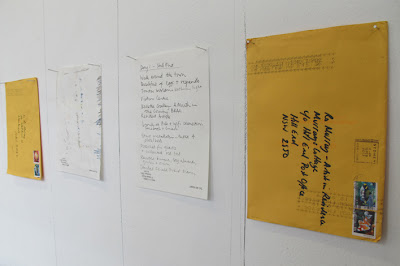 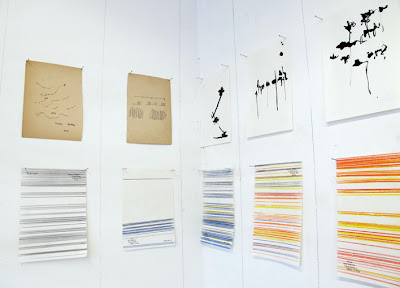 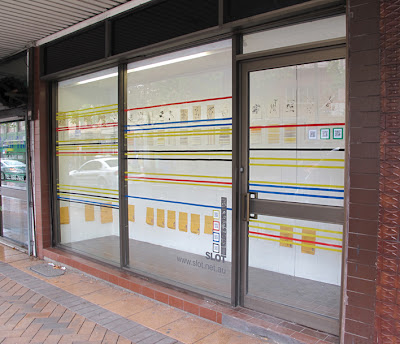 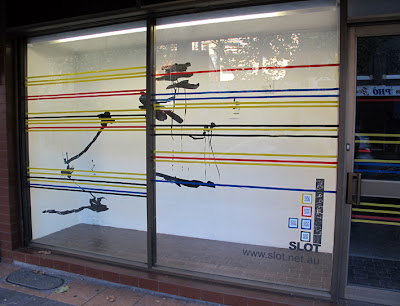 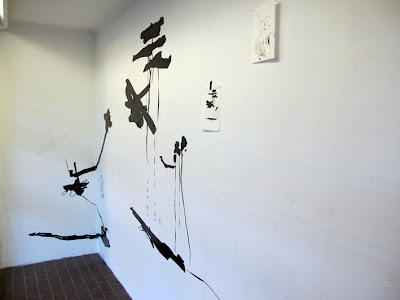 The drawing in tape continued to alter, moving from the rear wall to the glass. 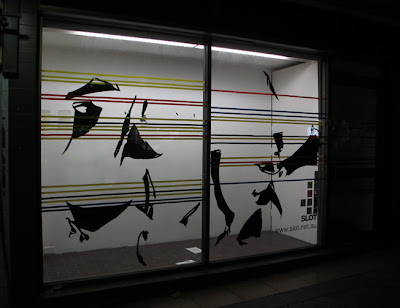 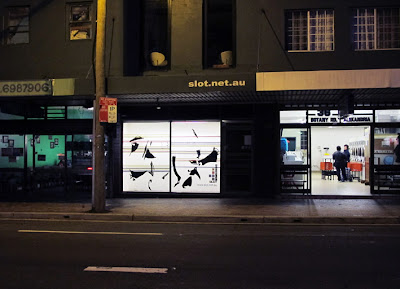